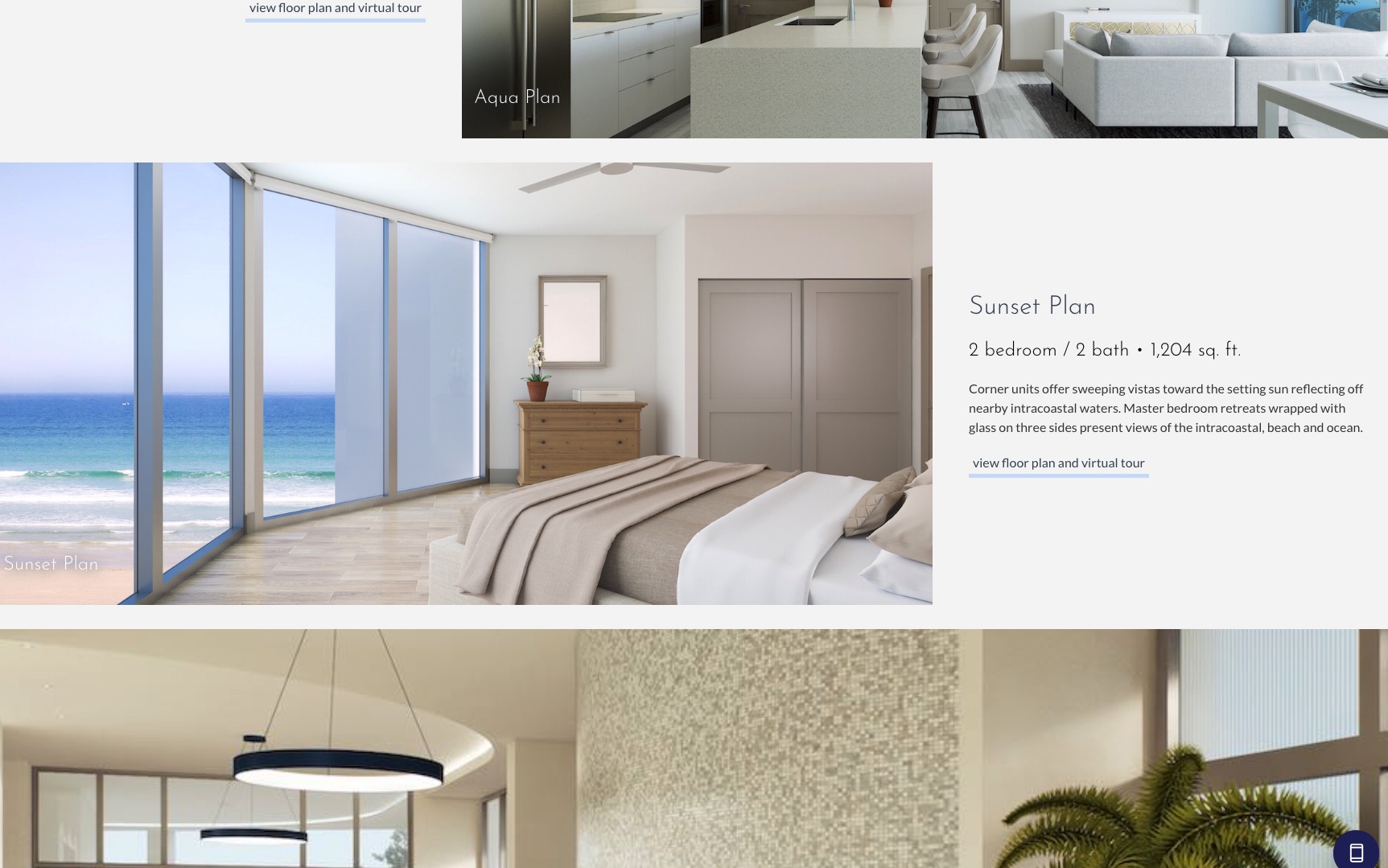 A new luxury beachfront high-rise had been struggling to effectively generate leads and sales for over a year. The real estate marketing and sales process has not changed in 50+ years and most agents and brokers are still using old school techniques to market their listings. When this client approached us, it presented both a challenge and an opportunity. 2 marketing agencies who specialized in real estate and 2 brokerages had already gone before us and failed. Not enough leads were coming, they were too expensive (averaging $500 per lead) and on top of that the leads that did come in were not qualified.

Luxury real estate presents an immense opportunity for marketing ROI, with units in this particular building being listed for between $700k and $2M. Such a high price point meant that if we could generate enough activity in the short term to sell even one unit, it would pay for their marketing budget for the rest of the year. However, in order to do this we needed to quickly identify where the agencies who had gone before us had missed the mark. Why were the leads so expensive, why was the conversion rate on the website so low, and why were the existing leads so woefully unqualified to buy units at this price point?

First we shifted almost all of the marketing budget to digital. Previously over half the budget was being spent on traditional real estate marketing, benches, billboards, events etc. and these tactics generated very few leads. We then dug into the both the website and ad analytics. On the website we found that there was an extremely high bounce rate due to insufficient content. Selling million dollar condos with a 3 page website is simply not going to work. If you’re going to make that kind of investment in a property you’re going to want as much information as possible, so we more than doubled the amount of content on the website and rebranded it so that the look and feel was more high end and fit a property of this price point.

We also found that there was only one lead generation form on the entire site and it was difficult to find, so we added more forms, made them easier to find, and increased the conversion rate by removing fields that the sales agents didn’t actually need. We also added a text/chat bot to lower the barrier of entry to start a conversation and decrease response times. Now instead of filling out a form and waiting for a phone call leads could instantly start a conversation with a sales agent via text.

On the ad side of the marketing mix, we determined that the previous agencies had been buying thousands of cheap, low quality clicks. They had emphasized quantity over quality. So we went the other way and invested heavily into paid search, paying more for much higher quality clicks from people who were actively searching for luxury beachfront condos in the area. We also found that over half the clicks had been coming from low income audiences. We layered on income data to target only the top 10% of households who were searching for this type of property and the quality of the leads went up overnight. Retargeting on Facebook and in display was also added to the marketing program in order to stay top of mind and re-engage people who had already visited the website. This was another crucial piece that was previously missing.

All of these optimizations culminated into one of our and fastest biggest wins as a company, with lead generation increasing 5,536% while simultaneously dropping the cost-per-lead (CPL) from $445 down to just $52, an 88% drop and all of this was achieved in less than 90 days. Not only that, but the increased lead activity resulted in over $1M in sales during that same 90 days (there had not been any sales made in the previous three months).