We optimized these Google pay-per-click (PPC) campaigns so that this tow truck company could get leads for way less. 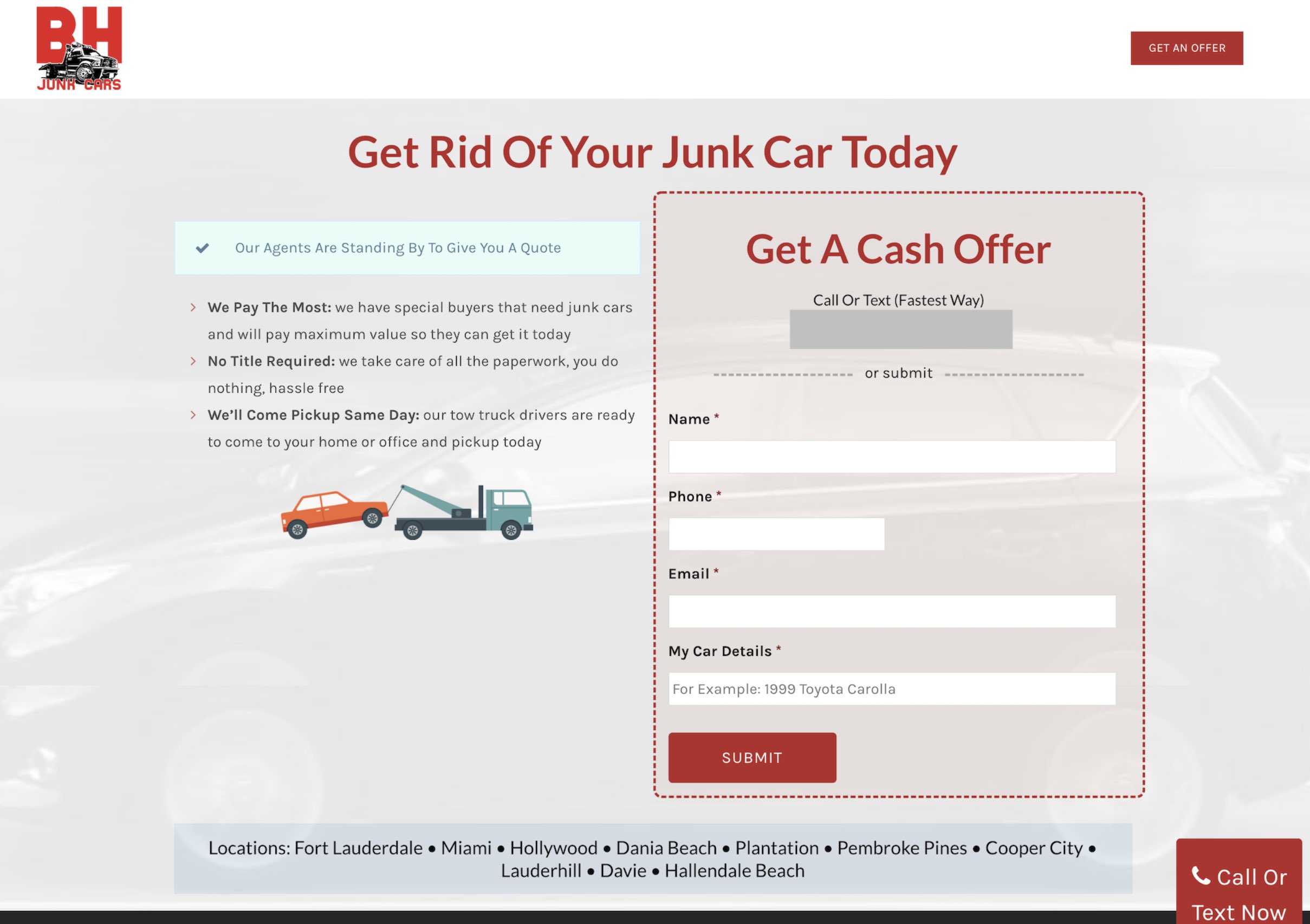 The world of tow trucks and car removal is extremely competitive. With a relatively low barrier to entry for new businesses wanting to enter the tow market, it makes it one of the most saturated and difficult industries to make a splash and capture leads. Additionally, there are establish players at every level making it difficult to find a void that can be filled.

On a technical level, clicks alone for tow-truck related keywords on Google Ads could easily cost over $12 each, which would lead to a cost-per-acquisition (CPA) that would likely be cost prohibitive.

Our client wanted to penetrate this marked with it's new fleet of trucks, however it was going to be difficult to go against the large established players in the region who had large budgets.

We had a few good ingredients to work with when strategizing this PPC campaign. Firstly, the sales cycle for this clients most valuable customers was very short. From the time of click, the conversion would typically occur the same day, typically within 3 hours. Additionally, leads that converted could easily be worth $450+ each.

If we could achieve under $50 cost-per-conversion then we would be able to establish a leads pipeline that would be profitable and scaleable for this client. The landing page would be very important as well, since analytics showed us that users typically spent less than 60 seconds on the page before making a decision. They would need to be convinced quickly with multiple clear and easy call-to-actions (CTA).

We created multiple Google Paid Search campaigns, starting with a portfolio of keywords and testing multiple different strategies and ad content. From a structure standpoint, we found that a long-tail strategy performed poorly against our more targeted exact keywords, so we quickly adjusted everything accordingly. On an ads level, we tested dozens of different ad variations and ad extensions. The direct-response type copy outperformed everything.

Finally, we made sure that our valuable clicks were landing on a website/landing page that was optimized for conversion and perfectly aligned with the goals, keywords and structure of our Google Ad campaigns (which helped our quality score on the ads side). 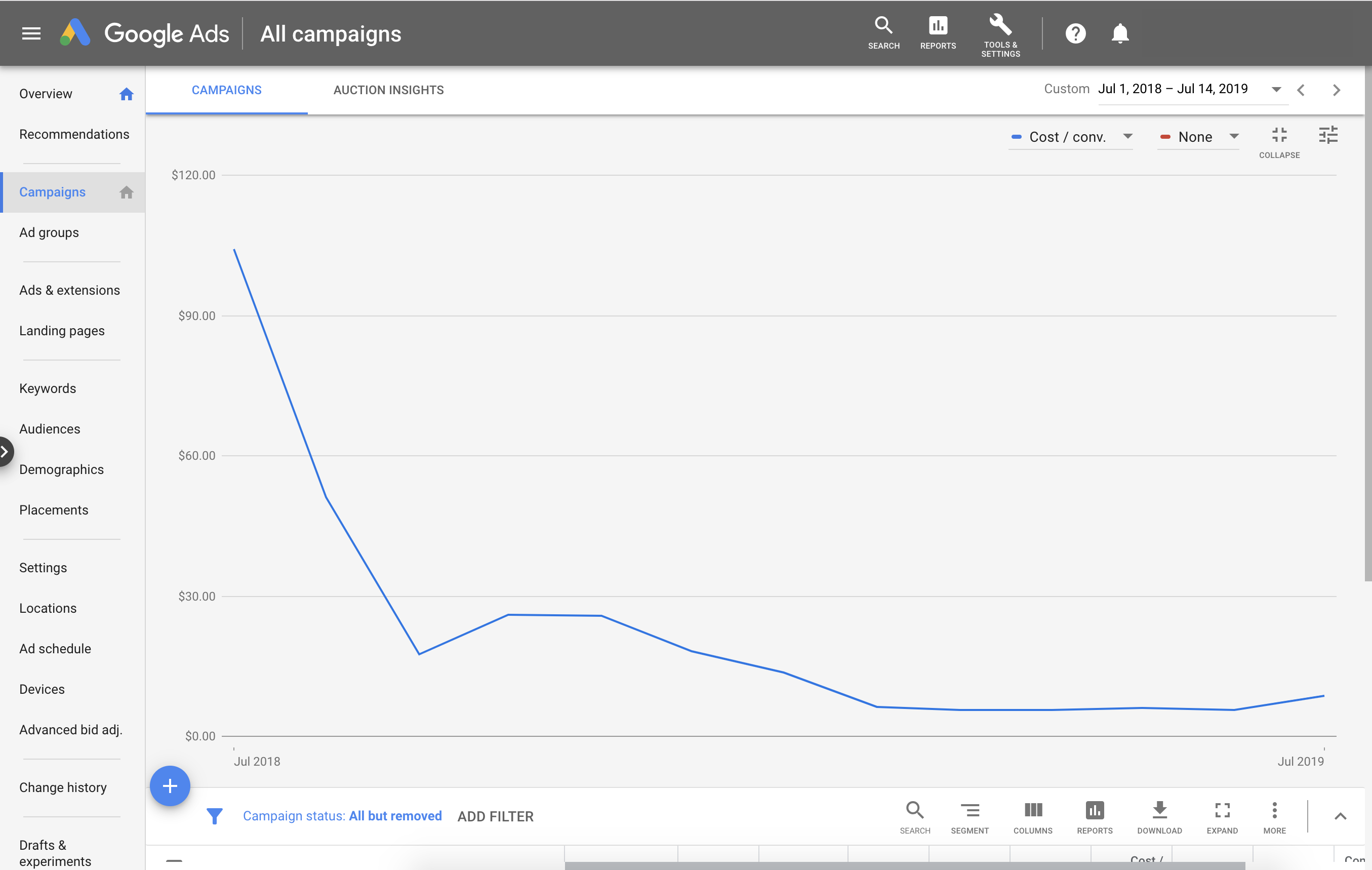